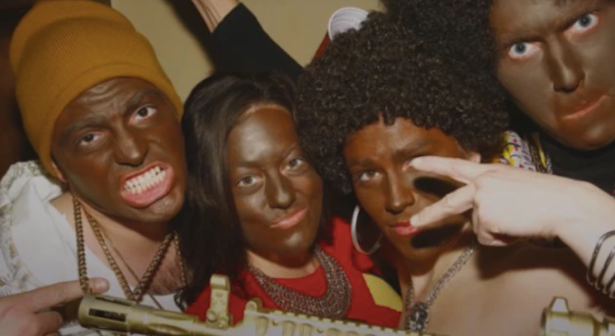 Hello world! Man, have I missed this blog! I admit that it’s been a while since I last wrote to it. But I guess that somewhere between being consumed by life and, I dunno, writing my first book, my blog has turned into a casualty of neglect. Please forgive me, Unmitigated Word. As my first born, you know you’ll always have a special place in my heart, even if I don’t always stop by to see you.

Anyway, in attempting to make a triumphant return to the blogosphere, there’s so much I can discuss right now. Lord knows Trump gives me fodder practically every day. But, I’m going to go a bit general with this post by talking about the all-too-common occurrence of people embroiled in random, assorted racial controversies and how we, as ostensibly social-minded folk, need to work better at effectively addressing them.

These days, you can’t turn on the news without seeing somebody – from politicians, to celebrities, to your run-of-the-mill John and Jane Doe’s – having to apologize after a high school photo of them wearing blackface emerges, or when some distance relative of BBQ Becky calls the police on black people for breathing, or any number of racially-inspired acts of bigotry. When that happens, it’s very easy for us – the sentient and logical beings that we are – to simply conclude that these folks are racists. Open and shut case, right?

Nope. It ain’t that easy.

You see, when a person says or does something we know to be racist, the predicable outcome is for us to label that person as such. In situations like that, the person becomes defined by the act they’ve committed. But the problem with that approach is, well, we’re not mind readers. We can’t say, with any element of certainty, factuality, or objectivity, that we know what thoughts exist in a person’s head, much less what lies in their heart. Facing that reality, it’s much easier for them to challenge and deny visceral and impossible-to-prove accusations about who they are inside. If the conversation gets to that point, you’ve lost.

Oppositely, the most effective approach, to me, is to focus on the specific and indisputable act a person committed; and to especially do so without making it indicative of their character or who they are as a person. Instead of saying “I think you’re racist”, say “I think that thing you did was racist, and here’s why…” In that latter scenario, you’re still able to hold that person accountable for their actions without allowing them the luxury of retreating to the “You don’t know what’s in my heart” defense so many of us are accustomed to hearing.

You don’t need to be a mind-reader to know what they did. All you need are eyes.

Let me put it another way: if my wife ever told me I was a bad husband, I can refute (and, even outright dismiss) her claims all the livelong day. This is especially true if I get an Amen Corner to support me. But when she’s able to cite specific and tangible instances of me being a bad husband (cheating on her, being abusive, etc), those are much harder to counter. In that circumstance, it doesn’t matter whether I believe in my heart that I’m a good husband or not. It’s about the evidence lying before me which tells a different story. That’s the kind of conversation we need to have about race in the 21st century.

I’m generally of the opinion that race is something that will never get settled. Not in my lifetime, at least. For every person willing to be enlightened, you have just as many (if not more) who refuse to even acknowledge the need to discuss matters of race, let alone being willing to admit times when they are racist. That said, if the goal of these discussions is really to inform folks, the messengers have to be just as willing to work on their delivery as they expect the listener to receive that message and learn from it. Without that, worthwhile conversations about race are dead in the water.

Oh, and buy my book.