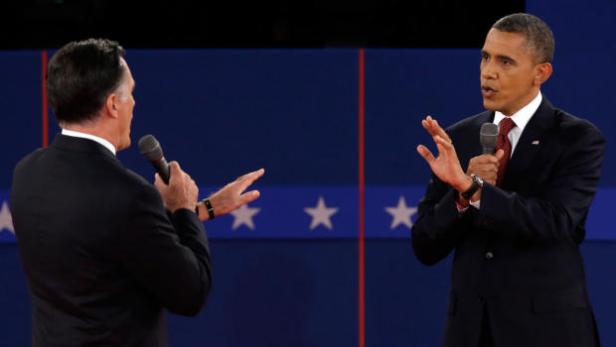 After a dismal and pretty sheepish performance in the first debate, it might be safe to say Obama redeemed himself and took round 2 of the debates. In stark contrast to the first debate, he was in control, confident, and on the attack; adopting a strategy many of us Obama supporters (yes, me too) wanted to see put hadn’t up to that point. On the opposite side of the coin, Romney looked shaken up, especially as Obama laid in to him with the flip flop accusations and the train wreck of a debate regarding the attacks in Libya (for those of you following me on Twitter and/or Facebook), you know I was highly critical of Mittens for that. Obama and Crowley went in hard). Obama clearly let the ring that night victorious.

But did he really? Perhaps the better question would be: he won the debate. Now what?

The fact of the matter is: people are hurting all over. While the latest jobs report is promising, this economy is still a long ways away from being viable again. Yet, what we’ve seen so far at both debates has been nothing but shallow and vacuous rhetoric about the economic problems we face as a nation, without even a modicum of practical solutions.

Gov. Romney droned on about his so-called “five-point plan,” riddled with bullet points offering no specific content on how to confront major issues like weak demand, rampant unemployment and an increasing degraded housing market. Meanwhile, Obama continued making the push for manufacturing and green jobs (Solyndra, be damned), almost as if he was suggesting those industries – more than any others – need to be the focal point of government support.

I’m not shocked by any of this. If Obama had a legitimate economic agenda, I’d like to think – GOP obstructionalism aside – he’d be working harder to implement it. Instead, his administration appears resigned to tediously and slowly work toward a pretty tepid attempt at economic recovery that will, at the very best, keep unemployment hovering around 8 percent for the next few years. Romney, on the other hand, claims to have a robut economic agenda..which has been all, but secret to the rest of us. My guess though: based on some of his rhetoric, I suspect this mysterious economic plan is just a redux of the failed Bush policies of the past. Romney isn’t crafty enough to come up with anything different.

I’ll admit: at the end of the day, this slugfest between Obama and Romney has been entertaining. Lord knows I’ve been having my fun on Twitter and Facebook discussing things. But when you get to the subtext of their respective messages, you’ll find similarities: when either one of these guys gets elected, at best we can count on them to sit around hoping things get better. At this point, hope is all we have to run with.