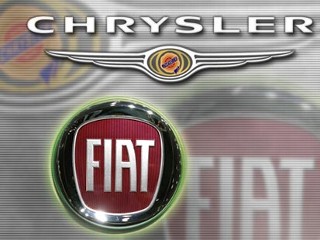 You non-Michiganders may not care about this as much, but the story of Chrysler becoming the latest victim of the bankruptcy carnage is pretty fierce around here. When I first heard about this, I have to admit I was a little rattled. For starters, the company emerging from this bankruptcy will fall under the control of Fiat and the United Auto Worker’s union. As a part of this deal, the union will be paid out in company stock as opposed to cash rewards. Anybody following the stock market knows this is a scary thought.

Secondly, the idea that Fiat is leading the acquisition- of all the automakers in the industy – is a somewhat nerve-wrecking. Despite the company’s success internationally, it suffered a major breakdown in the U.S. during the early 80’s, damaging its image with the Amercian consumer in the process. Though they started seeing drastic technological and industrial changes under new leader Sergio Marchionne as recently as 2004, the company still hasn’t proven its long term stability or confidence in the states.

Finally, this acquisition represents a roguish amendments made to this country’s bankruptcy protection laws. This acquisition represents a sly change in how bankruptcy laws work during this economic crisis. When the TARP program first launched, we saw many companies in the finanical sector fall under the control of government. We can expect the same from the automobile industry. As such, creditors will be left in the unsavory position of succumbing to the will of the Feds, whether or not the companies they represent even took TARP funds. And they are NOT happy about that. Who would be? As much as I think “free market enterprise” is a red-herring in this financial mess we are in, I’m not so sure this is the way to recover. We shall see.